Currently there are about 1,2 million species described worldwide and hundreds of new species are found and described every month. Some estimations predict that Earth currently contains more than 10 million species, meaning that we still know very little of our diversity. The hundreds of species described monthly may look as a huge progress, but actually we are running in a very slow pace, mainly due to the lack of taxonomists, but also because of the few resources devoted to research in biodiversity.

Most people may think that in the current world, a new species represents some small and mysterious animal found deep inside an unexplored tropical forest. Well, most of them fit in this description, but actually many new species are found living among humans for decades or centuries.

Many of them, while unknown to experts in the group, may be well known by the local people. An example of that is the recently described little black tapir (Tapirus kabomani).

But many species unknown to science are frequently spotted by nature enthusiasts and wildlife photographers. Fascinated by the beauty of the creatures they found, they take some pictures of the specimens and post them online. And when some biologist recognizes it as a probably new species, he or she gets excited and interested in helping that species to be known. A place crowded with new species is certainly flickr. Here I’ll show some photographs of land planarians, the group I work with, that I found on the website and that certainly, or most likely, represent new species. 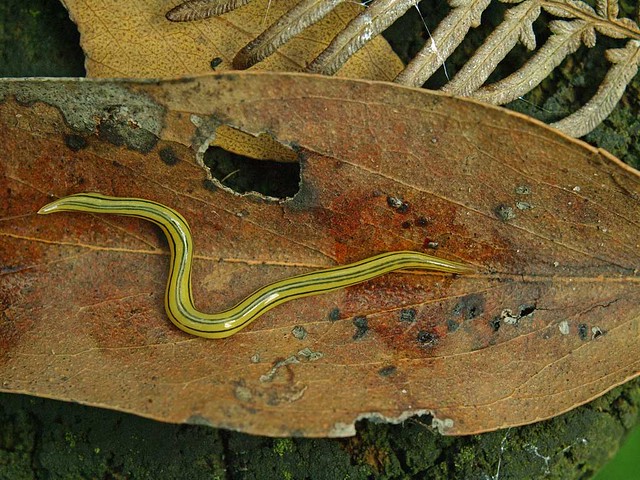 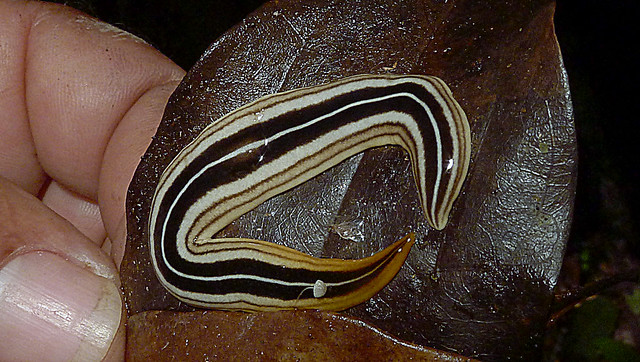 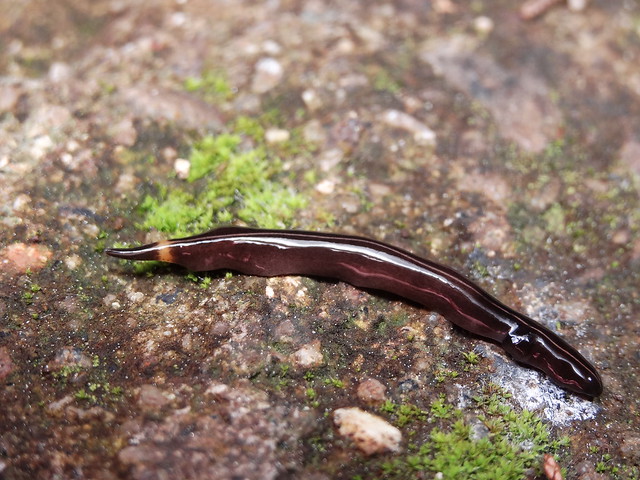 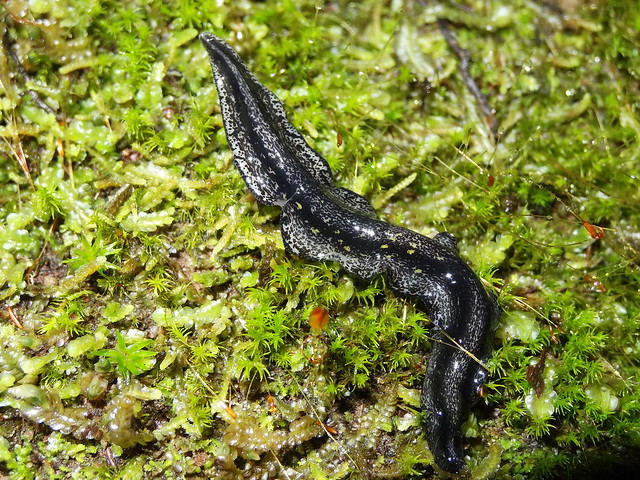 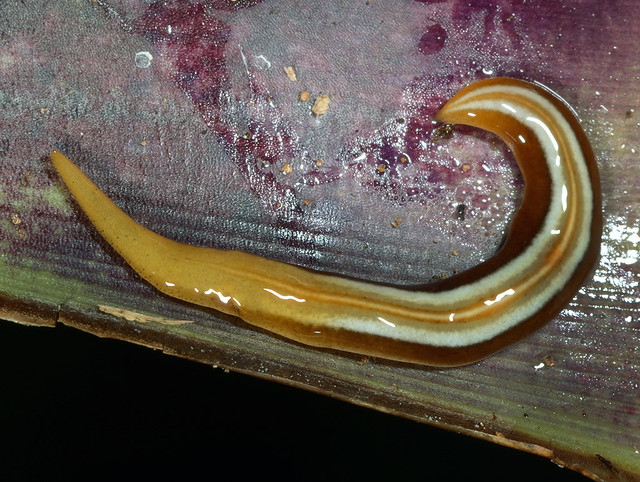 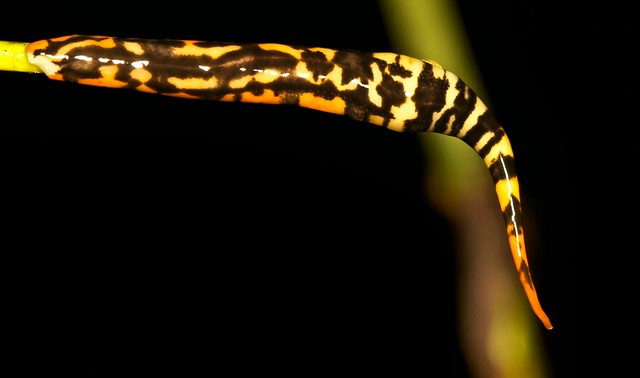 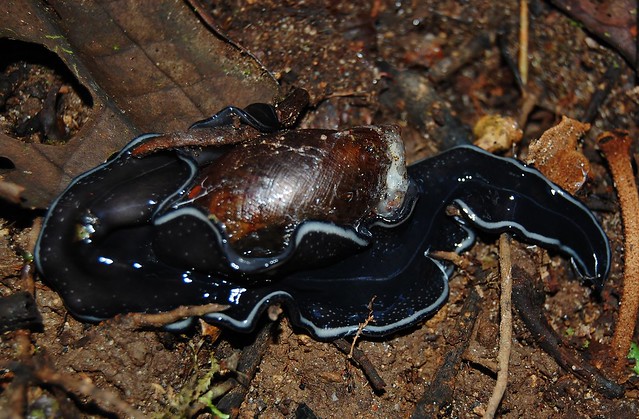 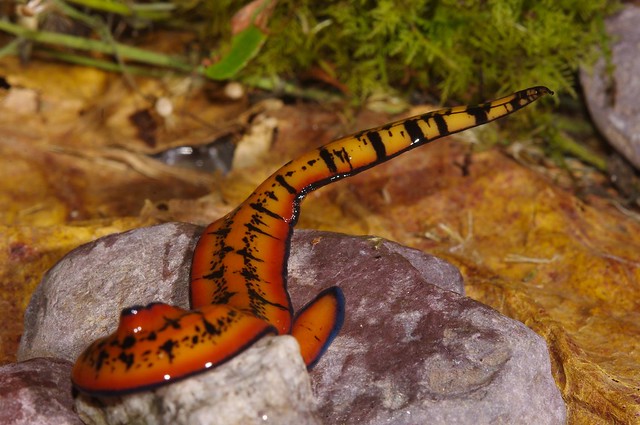 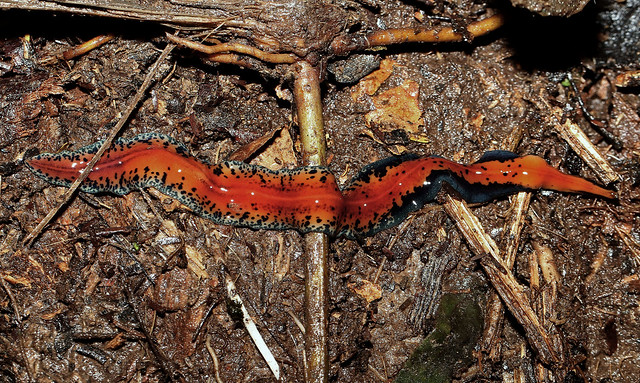 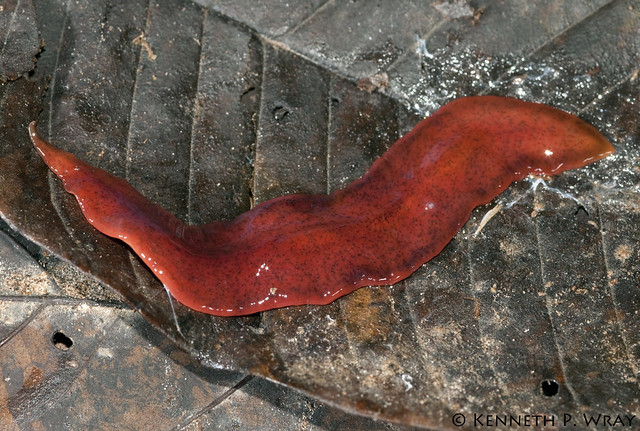 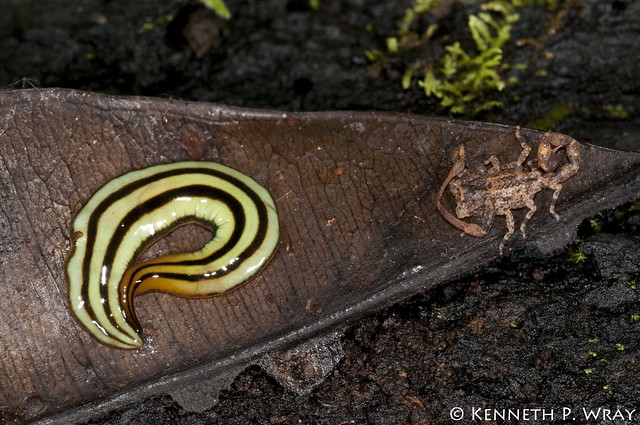 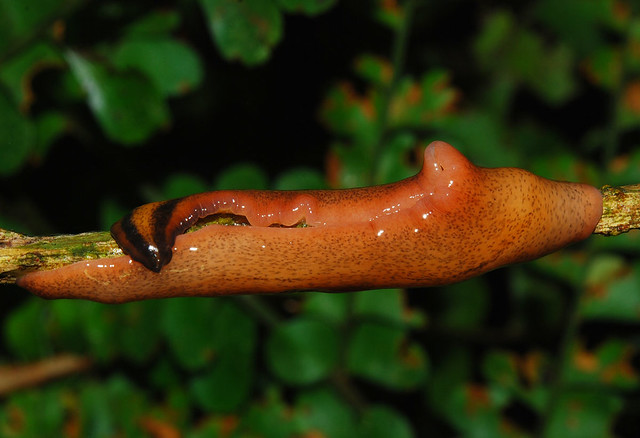 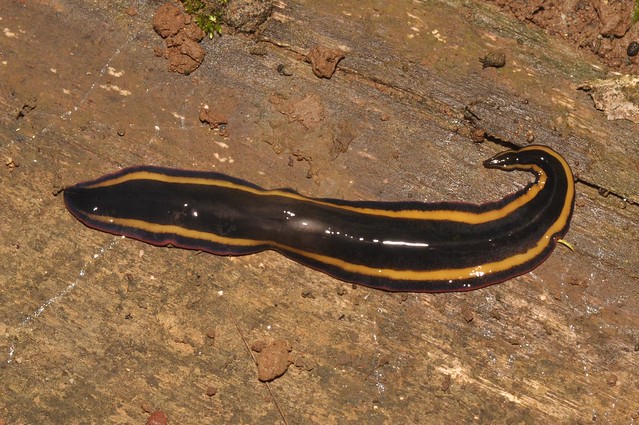 Oh, how I envy those people living close to these places! If only there were someone there able to study, described and publish all that diversity.

Let’s return to our soft-bodied fellows, the mollusks, and present one of the most beautiful of them, the lined chiton, Tonicella lineata.

As a typical chiton, it has a shell composed of a row of eight overlapping plates sorrounded by a flexible structure, the girdle. Such an anatomy allows those animals to be flexible and even curl up into a ball, just like a woodlouse, when dislodged.

Occurring in intertidal and subtidal waters of the North Pacific, in North America, Russia and Japan, the lined chiton is characterized by its beautiful colors. The shell plates are marked by a series of black, purple or blue lines on a red or brown background. The girdle is also colorful, having a reddish background often marked with yellow patches.

Despite its colorful body, the lined chiton is a small creature, reaching about 5 centimeters in length. It feeds mainly on coralline algae, occurring close to them. Its main predators are the terrible sea stars while its closest friends are the spiny but friendly sea urchins, as they usually help the chiton to protect against the sun by allowing them to hide beneath them.

Last week I introduced a coral reef fish, the porkfish, and mentioned that sometimes eating it may lead to ciguatera, a kind of food poisoning. So today I decided to introduce one of the main responsibles for ciguatera, the dinoflagellate Gambierdiscus toxicus, or toxic gambierdisc.

Gambierdiscus toxicus was discovered in 1975 in material collected around the Gambier Islands, where ciguatera often occurs, and described in 1979. As most dinoflagellates, it is unicellular and covered with hardened plates forming a structure called theca.

Living on the surface of seaweeds, especially brown algae, the toxic gambierdisc is ingested by fish who feed on the algae. Its toxins may therefore bioaccumulate in the fish’s tissues and be transfered to larger fish that feed on the smaller ones. If those fish are eaten by humans, it leads to ciguatera.

The symptoms of ciguatera poisoning include nausea, vomiting, diarrhea, headeaches, muscle aches, numbness, vertigo, hallucinations, etc. They may last from weeks to several years, sometimes up to two decades.

Among the main toxins produced by Gambierdiscus toxicus are ciguatoxins an maitotoxin. Ciguatoxins are lipophilic polyethers that act by lowering the threshold for opening sodium channels in synapses of the nervous system, which causes depolarization, leading to paralysis. On the other hand, maitotoxin is a hydrophilic molecule that activates extracellular calcium channels and may cause cell lysis and subsequent necrosis. There is no known antidote or effective treatment against ciguatera.

So, our lesson is: don’t mess with dinoflagellates!

Let’s dive into the tropical sea waters filled with coral reefs at the Atlantic coast of America to know this handsome Friday Fellow: the porkfish (Anisotremus virginicus).

Found from Florida to Southeast Brazil, the porkfish is a beautiful reef fish popular in public aquariums. In its natural environment, it occurs in a depth ranging from 2 to 20 meters and may reach 40 cm in length and 930 in weight, although most individuals are around 25 cm long.

The food of the porkfish consists mainly of invertebrates, such as mollusks, echinoderms, annelids and crustaceans, that it captures at night. Young specimens usually pick parasites from the bodies of larger fish. Adults may also feed on epibionts growing on sea turtles, such as the hawksbill turtle (Eretmochelys imbricata), though it does not seem to constitute a widespread habit.

Despite sometimes being consumed as food by humans, the porkfish may be contaminated by ciguatoxins, a group of toxins that cause ciguatera, a kind of food poisoning.