Cat-handedness: can cats be left- or right-handed?

In humans, as you may know, there is usually a preference for using one side of the body to perform a task, a thing called laterality. And we have a strong tendency to be right-handed, with about 90% of humans using their right side to perform most unilateral tasks. Several studies revealed that many other animals, at least among vertebrates, display laterality as well.

A recent study investigated laterality in the domestic cat during spontaneous behaviors in contrast with the more common experiments using forced behaviors, such as making the cat try to reach food. They looked for a side preference in cats during the behaviors of lying side, stepping down and stepping over. 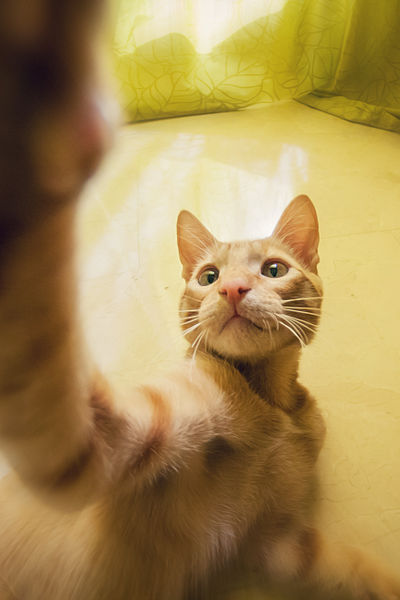 The result indicated that about one third of the cats is left-pawed, one third is right-pawed and one third is ambidextrous while moving up and down, but there is no clear preference for lying on their right or left side. Thus, we can see that, differently from humans, there is no strong bias to use one side of the body in cats, at least not when looking at cats in general.

When we consider sex, though, there was a significant difference: male cats tend to be left-pawed, while female cats are usually right-pawed. That would be very useful if cats danced the waltz.

This work is licensed under a Creative Commons Attribution 2.0 Generic License.

The bat folk songs: cultural evolution in our winged relatives

For a long time, culture was considered a human trait, but nowadays we recognize the existence of culture in many other species, such as other primates, whales and some birds too. Now there are some evidences of culture being found in bats too.

A group of researchers from China studied the calls of the Chinese rufous horseshoe bat (Rhinolophus sinicus) across different populations and compared them to genetic and environmental variables to determine whether the differences where linked to genetic differences between the populations or to different environments that would force the bats to change their calls in order to use them more successfully. 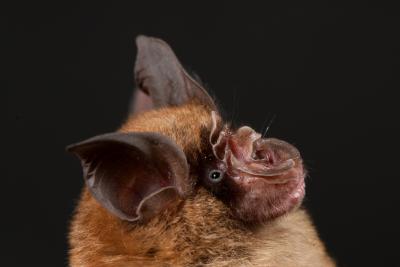 The smile of a cult bat (Rhinolophus sinicus). Photo by Ecohealth Alliance, extracted from Eureka Alert.

The results indicate that none of those two factors were strongly linked to the acoustic differences in the calls. The most likely explanation is that the differences happen due to cultural drift. The bats are teaching a way to speak to their children that is slightly different from what their neighbors speak, even if the neighbors are genetically similar and live in a similar environment.

As an animal’s call is an important variable during mating, this may eventually lead to reproductive isolation even without genetic differences. Culture can also shape evolution!

Biological fight: Should we bring mammoths back? 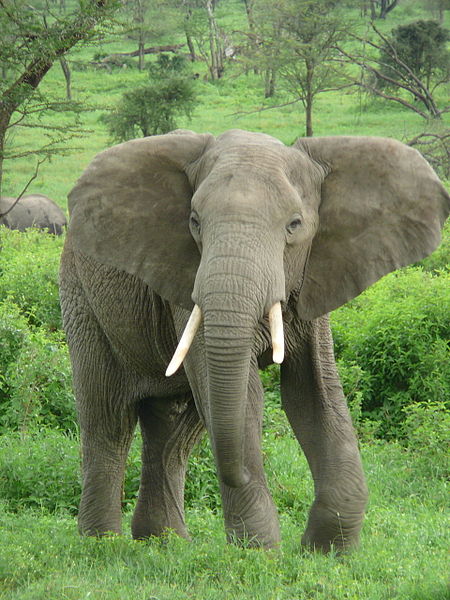 Mammals as big as the African bush elephant once roamed the Americas. Photo by flickr user nickmandel2006*.

The Americas once had an astonishing megafauna too, full of mastodons, mammoths, giant sloths, giant armadillos and sabertooth tigers. Nowadays it is restricted to some bears and jaguars. What happened to the rest of them? Well, most went extinct at the end of the Pleistocene, around 11,ooo years ago. 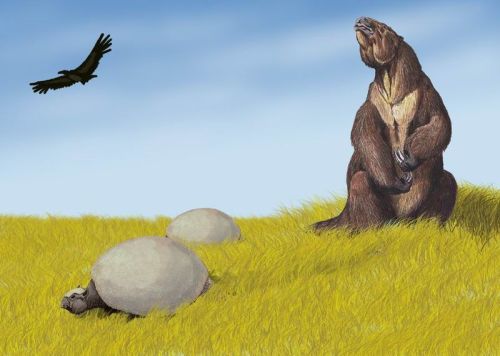 South America once had mammals as big as an African bush elephant, such as the giant sloth. Picture by Dmitry Bogdanov** (dibgd.deviantart.com)

As humans already inhabited the Americas by this time, it was always speculated if humans had something to do with their extinction. It is true that nowadays hundreds, thousands of species are endangered due to human activities, so it is easy to think that humans are the best explanation for their extinction, but 10 thousands years ago the number of humans on the planet was thousands of times smaller than today and our technology was still very primitive, so it is unlikely that we could hunt a species to extinction by that period… if we were working alone.

No, I’m not talking about humans cooperating with aliens! Our sidekick was the famous climate change. Periods of extreme warming during the pleistocene seem to have had a strong impact on the populations of many large mammals and, with the aid of humans hunting them down and spreading like an invasive species, the poor giants perished. 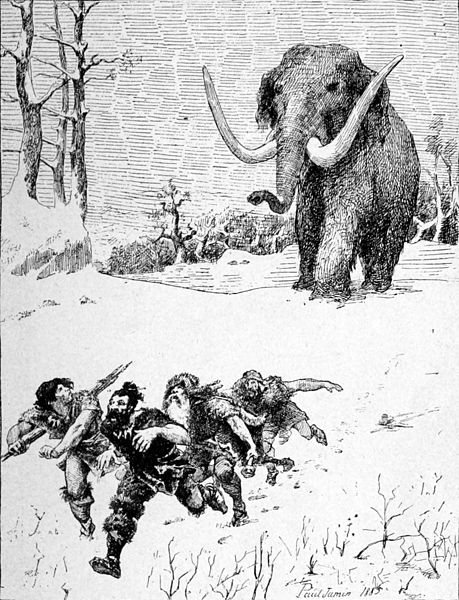 This happened more than 10 thousand years ago, TEN THOUSAND YEARS.

In Africa, elephants and large carnivores are well known for their importance in structuring communities, especially due to their trophic interactions that shape other populations. The extinct American megafauna most likely had the same impact on the ecosystem. As a result, suggestions to restore this extinct megafauna has been proposed, either by cloning some of the extinct species or, more plausibly, by introduced extant species with a similar ecological role.

Svenning et al. (2015) review the subject and argue in favor of the reintroduction of megafauna to restore ecological roles lost in the Pleistocene, an idea called “Pleistocene rewilding” or “trophic rewilding”, as they prefer. They present some maps showing the current distribution of large mammals and their historical distribution in the Pleistocene, which they call “natural”. They also propose some species to be introduced to substitute the ones extinct, including replacements for species extinct as long as 30 thousand years ago. Now is this a good idea? They think it is and one of the examples used is the reintroduction of wolves in the Yellowstone National Park. But wolves were not extinct for millenia there, neither are they a different species that would replace the role of an extinct one.

Rubenstein & Rubenstein (2016) criticized the idea, arguing that we should focus on protecting the remaining ecosystems and not trying to restore those that were corrupted thousands of years ago. They also argue that using similar species may have unintended consequences. Svenning et al. answered that this is mere opinion and that a systematic research program on trophic rewilding should be developed. The reintroduction of horses in the New World and its non-catastrophic consequences is another point used to respond to the critiques.

So what’s your opinion? Should we bring mammoths, mastodonts, giant sloths and sabertooth tigers back? Should we introduce elephants and lions in the Americas to play the role that mastodonts and smilodonts had?

My opinion is no. The idea may seem beautiful, but I think it is actually fantastic, too fabulous and sensational. Horses may have come back to the Americas without bringing destruction, but we cannot be sure with anything, even with several theoretical and small-scale studies. We all know how often introducing species goes wrong, very wrong. Look at poor Australia and Hawaii, for instance. Furthermore, those giant mammals went extinct TEN THOUSAND YEARS AGO. Certainly ecosystems have adapted to their extinction. Life always finds a way. There are worse threats to those ecosystems to be addressed, such as their eminent destruction to build more cities and raise more cattle and crops.

Get over it. Mammoths are gone. Let’s try to save the elephants instead, but without bringing them to the Brazilian cerrado. They don’t belong there. They belong in the African savannah.

This work is licensed under a Creative Commons Attribution 2.0 Generic License. 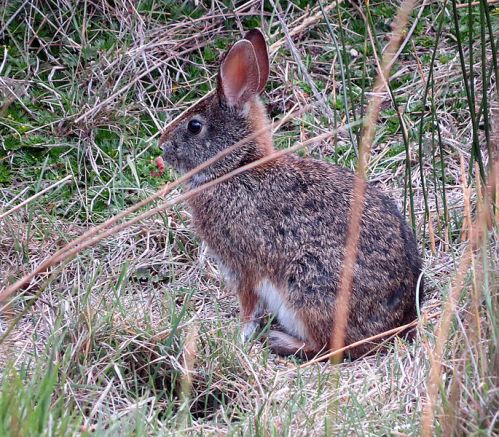