Zika virus and the negligence towards health research in poor countries

About a year ago, almost nobody on the whole world was aware of the existence of a virus named Zika virus and the illness it may cause in humans, the Zika fever or Zika disease. But is this a new, previously unknown virus? Where did it come from and why is it suddenly of so much concern?

The Zika virus, or ZIKV, is a virus in the genus Flavivirus, which also include other viruses, such as the ones responsible for the dengue fever and the yellow fever. The name Flavivirus means “yellow virus” in Latin, due to the yellow fever. All the three diseases are transmitted to humans throughs mosquitoes, especially the widespread Aedes aegypti. 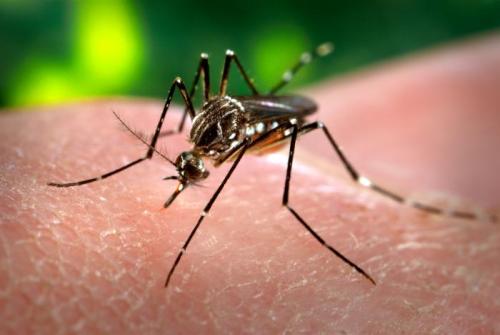 The mosquito Aedes aegypti is currently the main vector of the Zika virus. Photo by James Gathany.

The Zika virus was discovered in 1947 in Uganda in a febrile rhesus monkey in the Zika Forest, hence the name. From 1951 on, serological studies indicated that the virus could also infect humans, as antibodies against the virus were found in the blood of humans in several African and Asian countries, such as Central African Republic, Egypt, Gabon, Sierra Leone, Tanzania, Uganda, India, Indonesia, Malaysia, the Philippines, Thailand and Vietnam.

In 1968, in Nigeria, the virus was isolated from humans for the first time. During the following decades of the 20th century, the virus was detected via serological evidence or isolated directly in many humans. However, despite the confirmation of this virus in humans, research developed very slowly, most likely because the affected countries don’t have enough resources to conduct the necessary studies and richer countries are not at all interested in the health of the poor ones.

There was a small increase in concern over the virus after it was detected outside Africa and Asia for the first time, in 2007, in the Yap Island, Micronesia. After that, some epidemics occurred in several archipelagoes in the Pacific.

Since last year, the Zika virus has been dectected in South America and started to spread rapidly across the countries. It was suggested that the virus reached Brazil in 2014 during the World Cup. (Thanks, FIFA!). By November 2015, the disease has reached Mexico, which means it is about to reach the United States! Now suddenly it started to be of a major concern worlwide.

Currently known distribution of the Zika virus in humans. Map of the United States Centers for Disease Control and Prevention.

Common symptoms of the Zika fever include mild headaches, fever, joint pains and rash. It was not considered a serious disease, as it usually fades quickly after a week, until recently, when it was linked to the development of microcephaly in fetuses of mothers infected by the virus during the first trimester of pregnancy.

I wonder how many children were born with microcephaly in Africa and Asia during the last decades because there was no investment to study the virus. Now that it suddenly became a worldwide threat, there is no vaccine, no adequate treatment and most physicians are unable to identify the illness through the symptoms.

And there are a lot of other viruses forgotten in poor tropical countries just waiting for the right opportunity to spread and scare North America and Europe. No one cares while they remain among poor African and Asian people, but global warming is here and tropical diseases love it more than anything else.